But There Is No War On Christianity...

Marxists and Islamist control governments and are on the march... again.. Yeah, It will get very bloody... Stay with Our Lord Jesus and try not to get charred like these...
Posted by James Butler at 9:29 PM 1 comment:

The Republicans Haven't Booed God Yet...

Democrats Boo God yet they ask mockingly where He Is During a Tragedy...

It's For The Children...

Posted by James Butler at 10:01 PM No comments:

Do YOU Want To Talk About HOW Criticizing Wendy Davis Is Sexist... 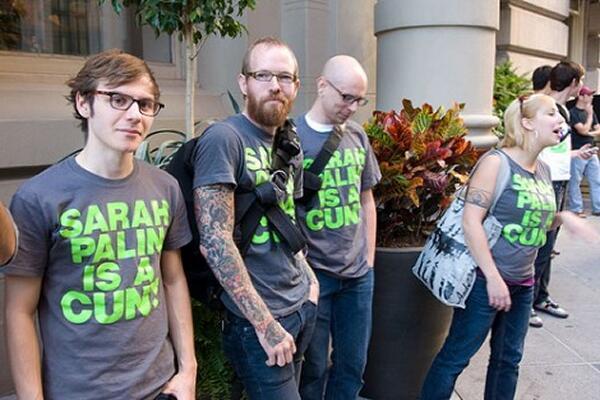 What Difference Does it Make...

http://newsbusters.org/blogs/scott-whitlock/2014/01/29/echoing-hillary-cbss-gayle-king-grills-paul-lewinsky-what-difference
Posted by James Butler at 3:18 PM No comments:

Shortage of Sand IN Sahara... 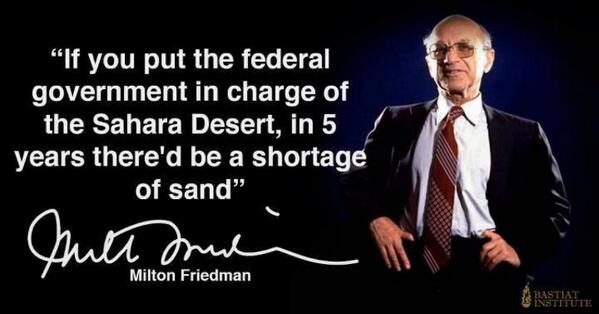 Posted by James Butler at 1:39 PM No comments:

A Southern Wife... by Ray

Hi sweetie; As I suspected. Down here we try not to piss our wives off TOO much as women in the south are mostly protestant, don't believe divorce is a sin, are armed, and will shoot your ass if you mess around with them too much. Add to that they believe that Jesus will forgive anything without doing penance and you can see how the ones who stay married (and alive) tend to be nice to our southern women. -- A long time ago when my Granny was alive(and about 70) one of the local prison rats stopped her at the forks of the road and told her "when you see me you better run you old bitch". She turned took out her S&W revolver, shoved it up his nose, grabbed his hair and dragged him out the window of his truck, frog marched him over to the ditch , picked up a tree branch and proceeded to beat the living shit out of him. After she had knocked him out (at the time I thought she had killed him) she turned to me and said "That 'ull learn him to respect his elders" and she walked off with her head high. My wife is not as hard as granny was, but its not something I want to test ether.------Ray
Posted by James Butler at 9:33 PM 2 comments:

An Obituary Printed In The London Times.....!


Today we mourn the passing of a beloved old friend, Common Sense, who
has been with us for many years. No one knows for sure how old he was,
since his birth records were long ago lost in bureaucratic red tape.
He will be remembered as having cultivated such valuable lessons as:
- Knowing when to come in out of the rain;
- Why the early bird gets the worm;
- Life isn't always fair;
- And maybe it was my fault.
Common Sense lived by simple, sound financial policies (don't spend
more than you can earn) and reliable strategies (adults, not children,
are in charge).
His health began to deteriorate rapidly when well-intentioned but
overbearing regulations were set in place. Reports of a 6-year-old boy
charged with sexual harassment for kissing a classmate; teens
suspended from school for using mouthwash after lunch; and a teacher
fired for reprimanding an unruly student, only worsened his condition.
Common Sense lost ground when parents attacked teachers for doing the
job that they themselves had failed to do in disciplining their unruly children.
Common Sense lost the will to live as the churches became businesses;
and criminals received better treatment than their victims.
Common Sense took a beating when you couldn't defend yourself from a
burglar in your own home and the burglar could sue you for assault.
Common Sense finally gave up the will to live, after a woman failed to
realize that a steaming cup of coffee was hot. She spilled a little in her lap,
and was promptly awarded a huge settlement.
Common Sense was preceded in death,
-by his parents, Truth and Trust,
-by his wife, Discretion,
-by his daughter, Responsibility,
-and by his son, Reason.
He is survived by his 5 stepbrothers;
- I Know My Rights
- I Want It Now
-Someone Else Is To Blame
- I'm A Victim
- Pay me for Doing Nothing
Not many attended his funeral because so few realized he was gone.
Posted by James Butler at 3:14 PM No comments:

Iranian Foreign Minister: We Did Not Agree To Dismantle Anything...

Zarif: ‘The White House version both underplays the concessions and overplays Iranian commitment’
The Washington Free Beacon
Iranian foreign minister Mohammad Javad Zarif told CNN Wednesday the Iranians had not agreed to dismantle anything in their nuclear weapons program and that the White House was exaggerating the concessions by Iran in the nuclear deal they reached.
“The White House version both underplays the concessions and overplays Iranian commitment,” Zarikf said. “Why don’t we all stick to what we agreed? Why do we need to produce different texts?”
CNN correspondent Jim Sciutto asked him what the difference between the White House version of the agreement and Zarif’s was.
“The terminology is different,” Zarif said. “The White House tries to portray it as basically a dismantling of Iran’s nuclear program. That is the word that they used time and again. I urge you to read the entire text. If you find a single word that even closely resembles dismantling or could be defined as dismantling in the entire text, then I will take back my comment. What Iran has agreed is not to enrich above 5 percent. We did not agree to dismantle anything.”
The White House has not fully publicized the deal, instead releasing a “summary” of its components, begging the question of how Sciutto or anyone else could verify Zarif’s statement.
If the United States and the West does not agree to their side, Sciutto said, Zarif had made it clear Iran could “turn this around very quickly” and was only pulling back their program for now.
CNN host Wolf Blitzer called the remarks “stunning and truly provocative” and later added they should give fuel to lawmakers who want to impose tougher sanctions against Iran.
Excerpted from The Washington Free Beacon
Iranian Foreign Minister: We did not agree to dismantle anything in nuclear program


It's a sad day when we can trust the words of an Iranian Mullah more than our own president...
Posted by James Butler at 6:30 PM No comments:

Is Your Mayor a Criminal Member of MAIG... 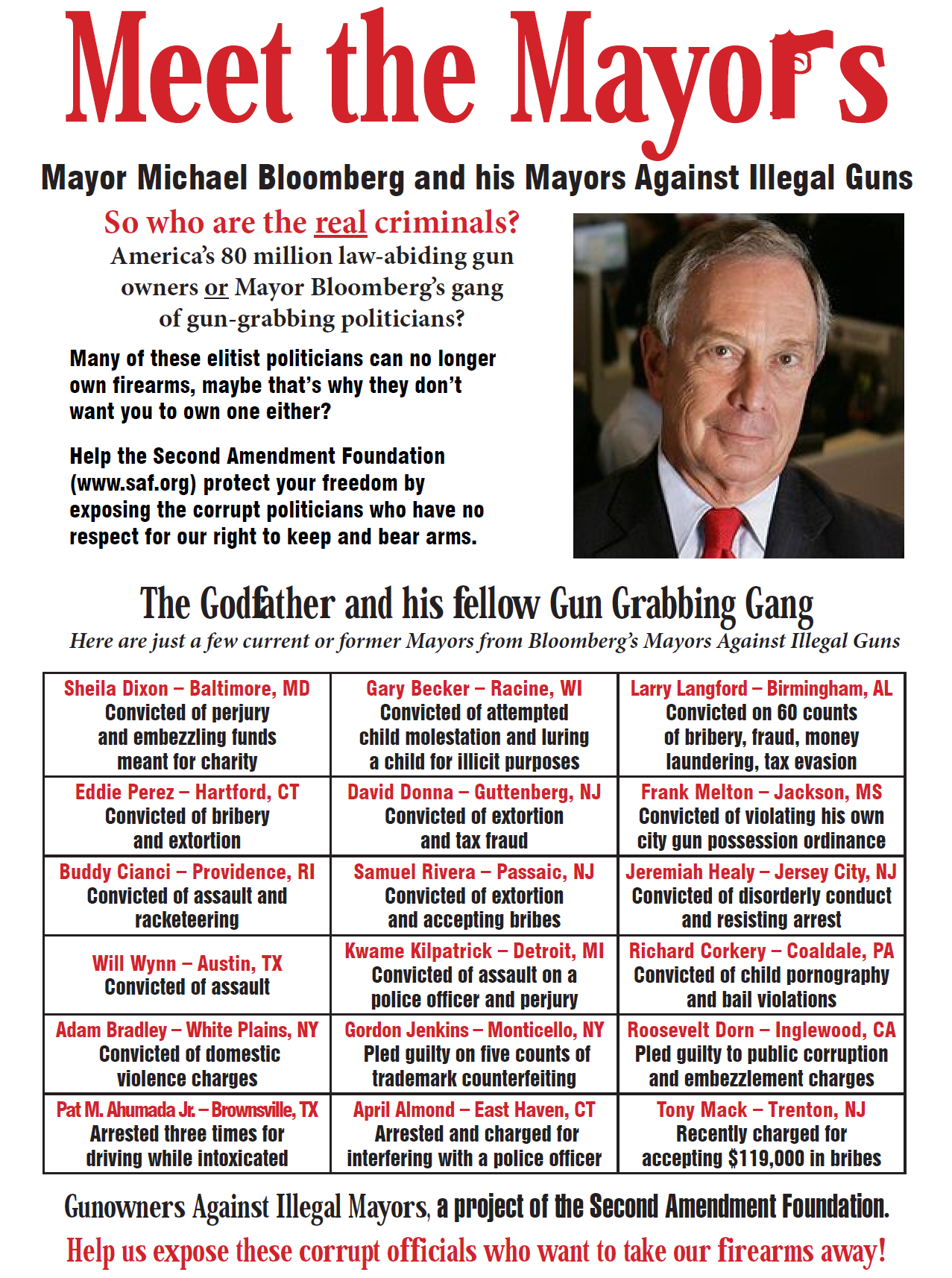 Posted by James Butler at 10:00 AM No comments:

Posted by James Butler at 8:00 AM No comments:

Mere Mirror, On The Wall...

YUP, Sometimes it's just this simple...
Posted by James Butler at 6:53 PM No comments:

Email ThisBlogThis!Share to TwitterShare to FacebookShare to Pinterest
Labels: kitty-cats 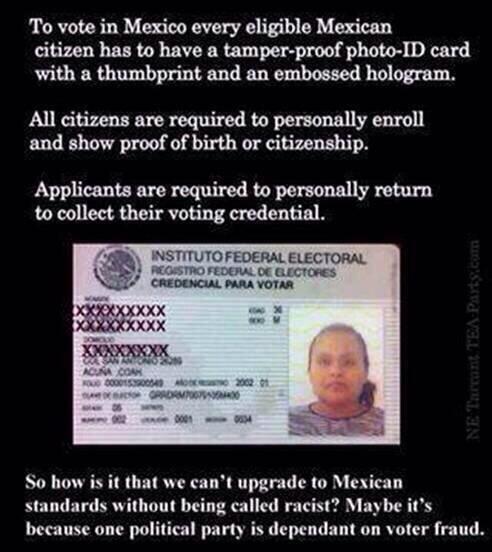 "God Gave Man a Spirit Made In His Own Image." 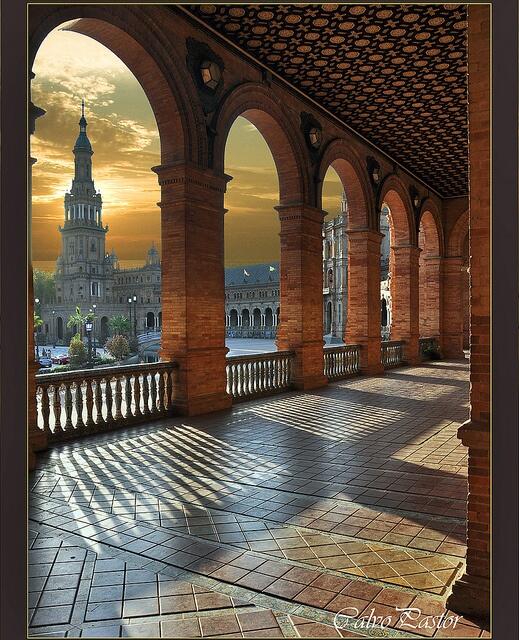 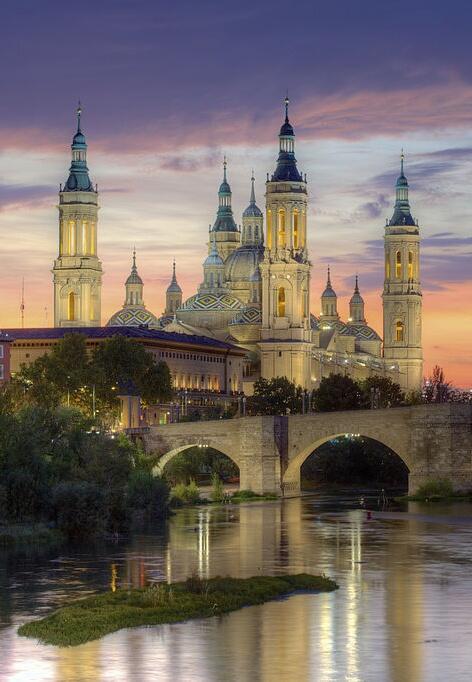 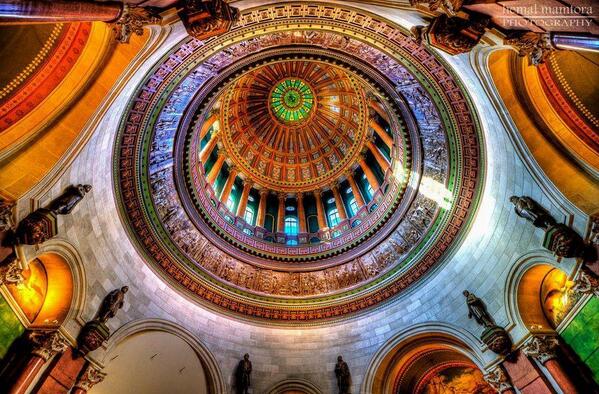 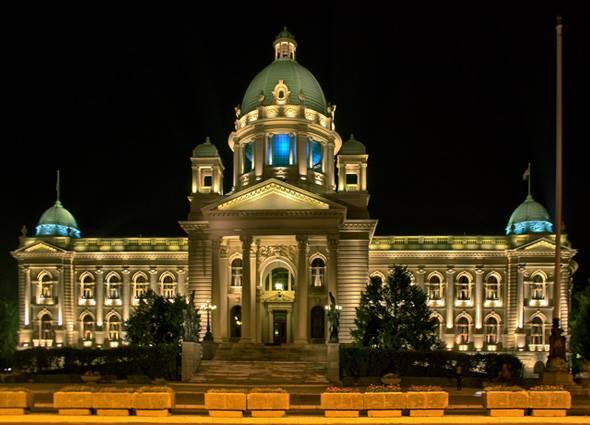 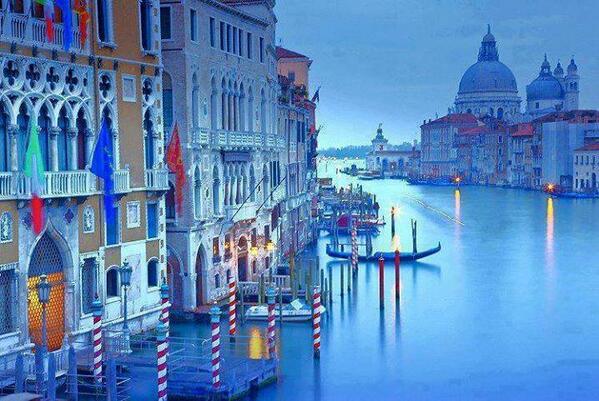 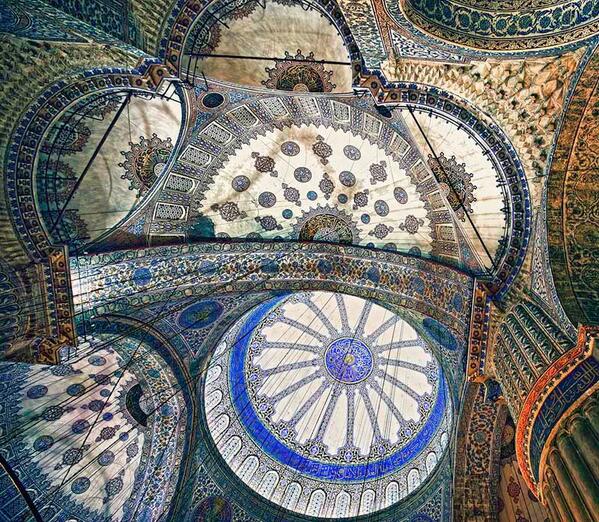 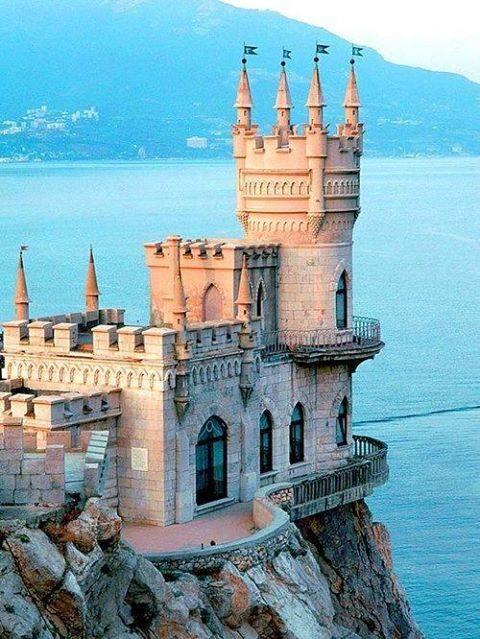 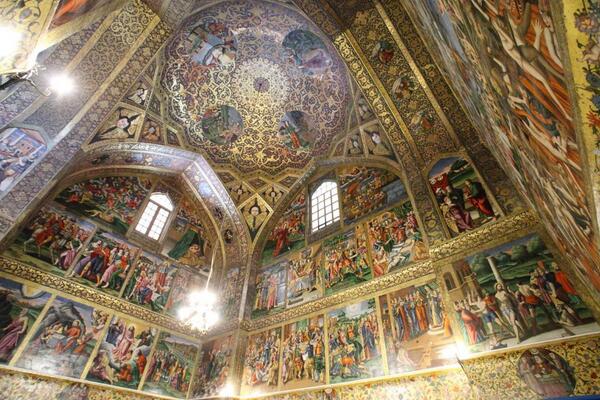 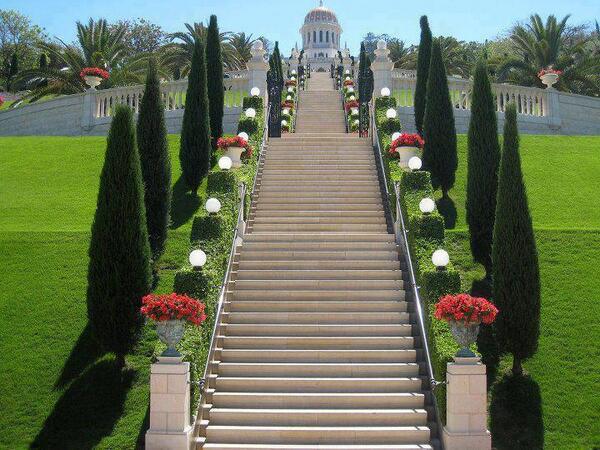 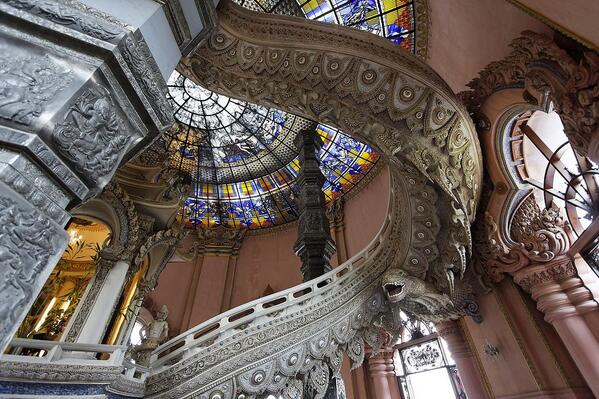 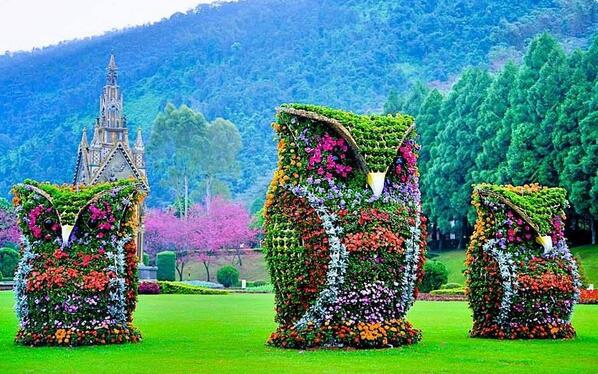 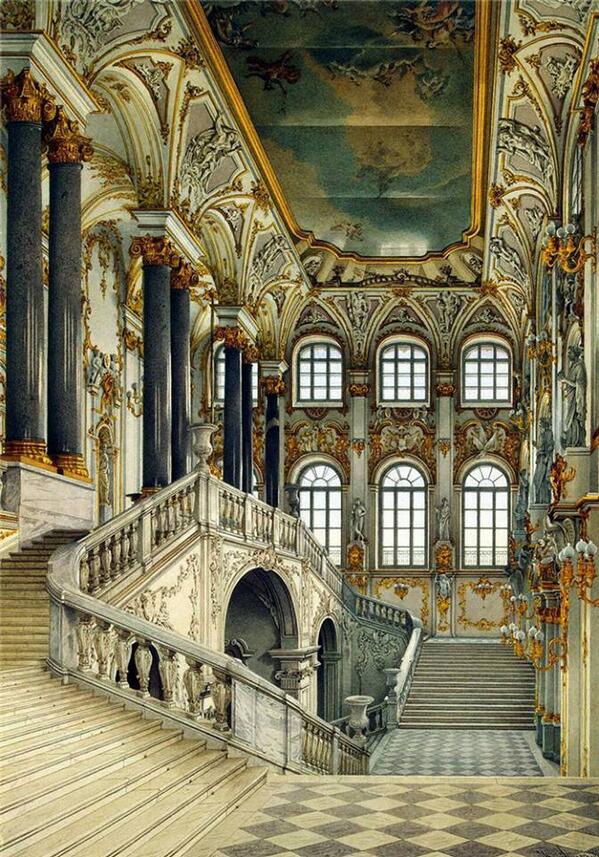 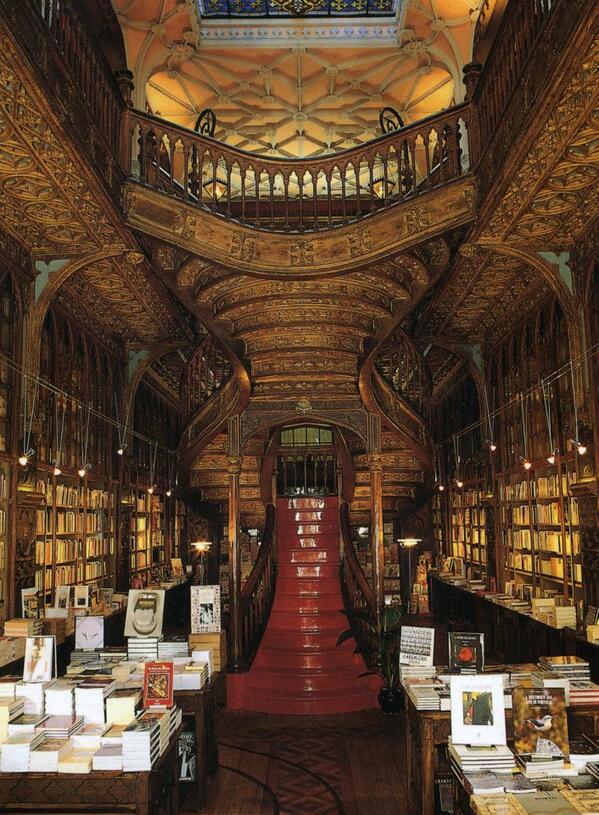 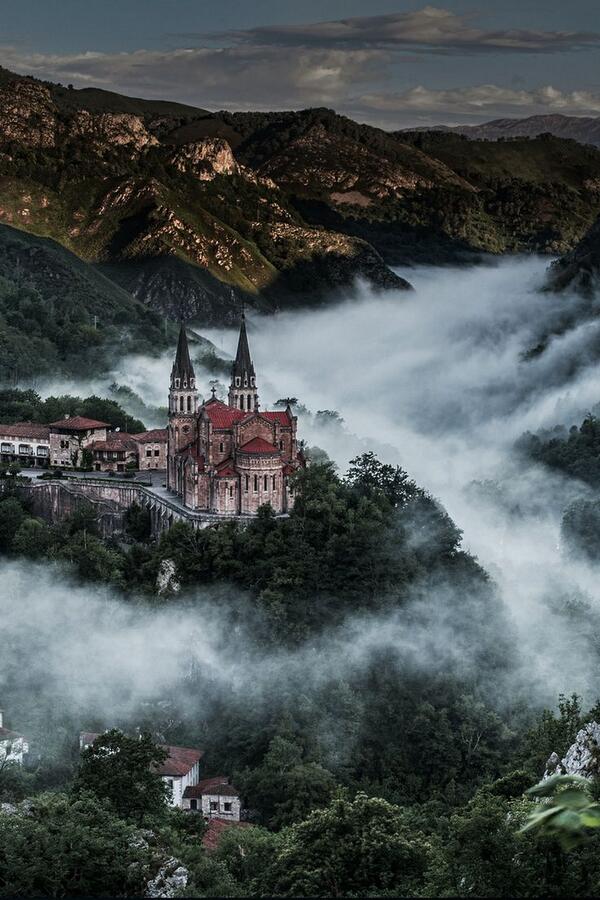 Posted by James Butler at 12:22 AM No comments: 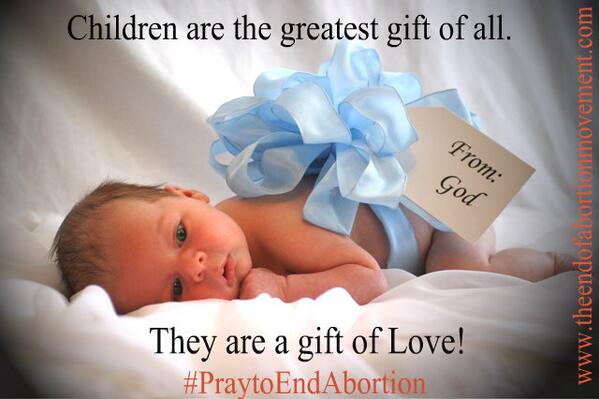 Posted by James Butler at 8:36 PM No comments:

Well, the millions that didn't get aborted...
Posted by James Butler at 7:06 PM No comments:


Ouch!.....Police Assault Teen So Violently During Search That His Testicles Burst
Kristen Gwynne

Philadelphia, 16-year-old Darrin Manning was on his way to play in a basketball game when police approached him and his teammates. Startled, the teens scattered. A police van picked them up soon enough.

What happened next is not exactly clear, but the Philadelphia Inquirer reports that “video shows Manning walking around the side of the wagon, where an officer appears to push him up against the vehicle.”
“Later,” the Inquirer wrote, Manning—a straight-A student with no criminal record—”can be seen on the ground in what [Police Commissioner Charles H.] Ramsey called a struggle with officers.”
Manning’s attorney Lewis Small told the Inquirer that after Manning’s arrest, “a female officer grabbed the teen’s genitals during a pat-down search and pulled, causing a testicle to rupture.”
That a “pat-down search” could be so violent as to cause a boy’s testicles to burst may seem like an anomaly. But this—and many other “frisks,” which are legally allowed only on the outside of clothing—is not just a quick check for weapons. People do not hide guns beneath testicles. While we may not hear such stories very often, teenagers in areas where stop-and-frisk is common know that a penis grab is a regular part of the whole, degrading process.
Last year, I wrote that humiliating public sexual assaults by police are a part of life for young black and brown men in some of New York’s poorest and most heavily policed neighborhoods. Here are some of the examples I used to give readers an idea of the trauma youths experience at the hands of NYPD officers:
A black teenager in Bedford-Stuyvesant described how embarrassed he was to have “old ladies” watch as his pants landed around his ankles while police searched him. A 17-year-old in the Bronx explained that police “go in my pants. You’re not supposed to go in my pants.” Being touched by a female police officer can be especially upsetting for adolescent males. “It’s annoying because it doesn’t matter what kind of cop it is, female or male, they’re gonna frisk you. If you say something to the female about it, the female says something to you like, what? I can do what I want. And they still frisk you. You can’t say sexual harassment, nothing,” 18-year-old South Bronx resident Garnell told me last year, adding, “And they go hard, grabbing stuff they’re not supposed to.”
A New York attorney told me last year he has video of a cop saying he just “credit card-swiped” a man’s ass—without gloves, naturally. What kind of gun can fit between two butt cheeks? And why are cops touching penises, anyway? The answer is simple: They’re not looking for guns, but hoping to make arrests. While stop-and-frisk is only legally allowed for the purpose of uncovering weapons, it has been linked to far more low-level summonses and pot busts than guns. As 18-year-old Lower East resident “Twin” recently told me, “They run their hands down your ass crack because they think you’re hidingdrugs there.” In the public housing on Baruch Street, he says police hang out until they see someone suspicious enough to grope.
Darrin Manning has undergone surgery, but may no longer be able to father children. As the Inquirer notes, he has also “been charged with three misdemeanors: reckless endangerment of another person, simple assault, and resisting arrest,” charges his attorney called outrageous..........
- See more at: http://thedailysmug.blogspot.com/2014/01/ouchpolice-assault-teen-so-violently.html#more

Posted by James Butler at 9:37 PM No comments:

A Lesson In Muslim Tolerance... 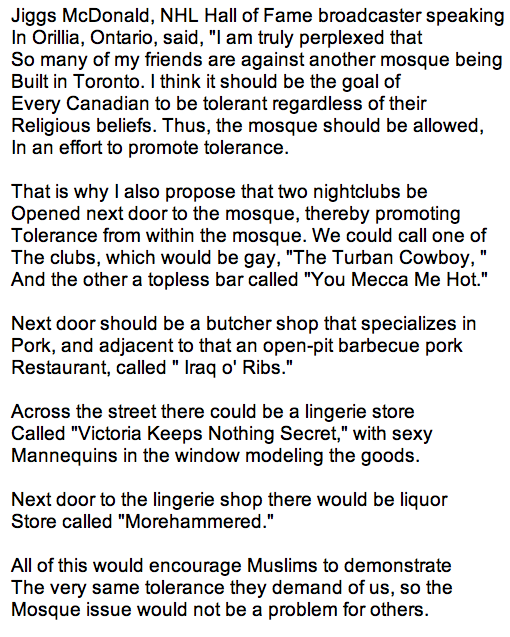 Life and Struggle means nothing to these marxists abortionists... JUst a prop to use human misery for more political gain and government control...
Posted by James Butler at 9:50 PM 1 comment: 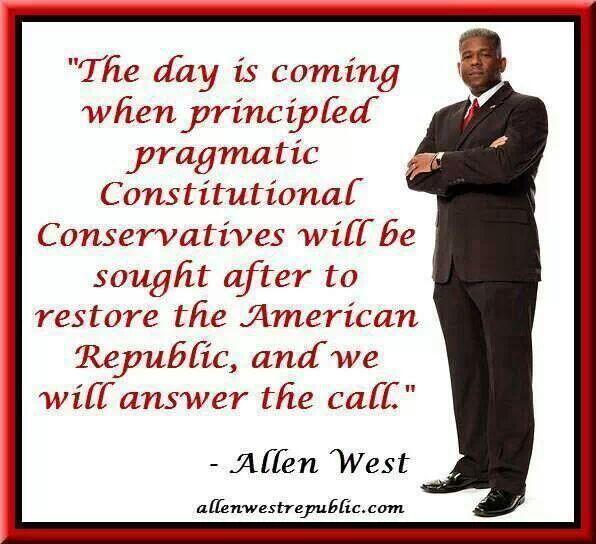 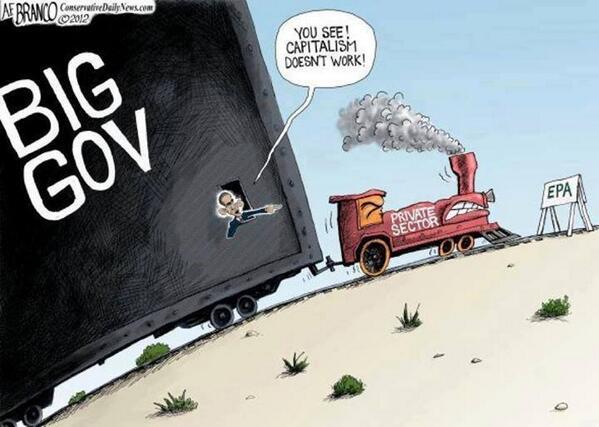 Posted by James Butler at 5:53 PM No comments:

The Most Satisfying Pain...

Posted by James Butler at 2:52 PM No comments:

The Most Terrifying Words... 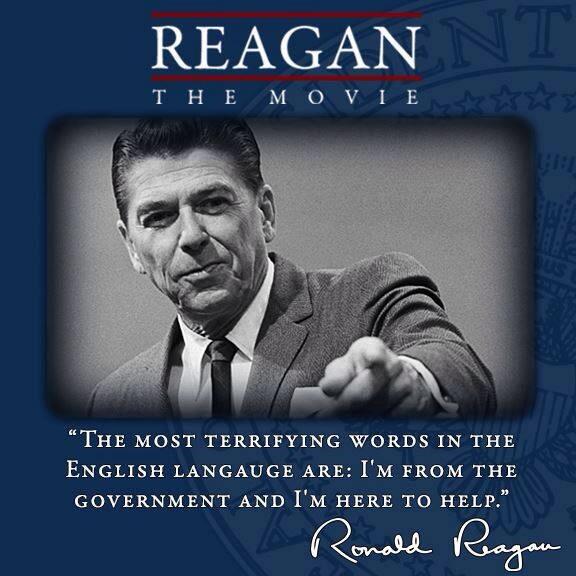 Everyone, Repeat After Me...

Dems have no mind of their own, anymore. It's only the collective...

Posted by James Butler at 11:00 PM No comments:

We Prey For Our Children's Prosperity...

Posted by James Butler at 9:59 PM No comments: 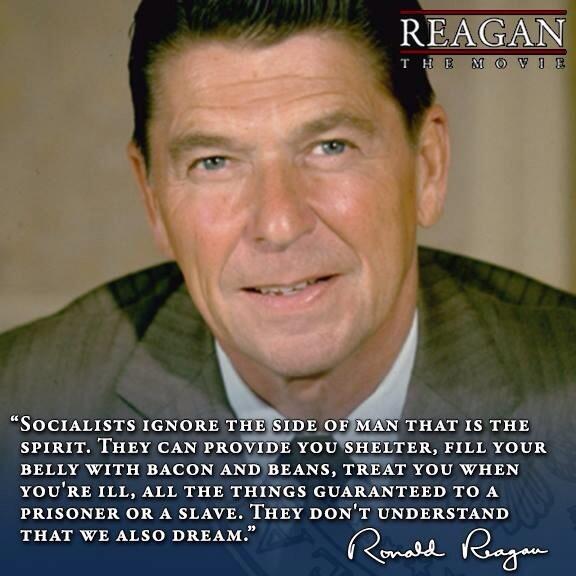 Posted by James Butler at 12:18 AM No comments:

How To Deal With Liberal Media... 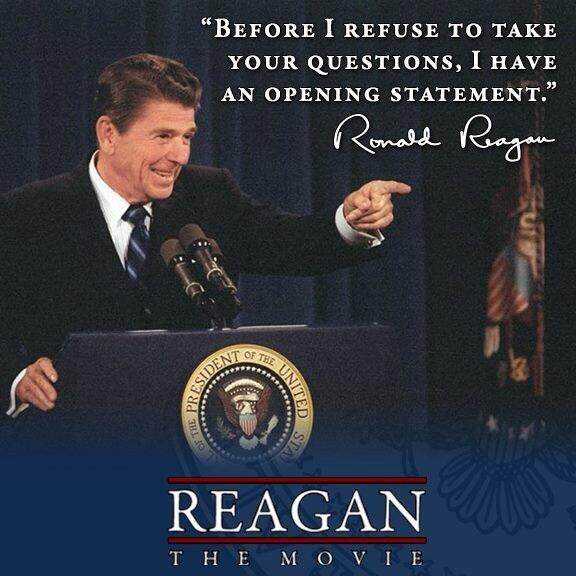 Posted by James Butler at 11:39 PM No comments: 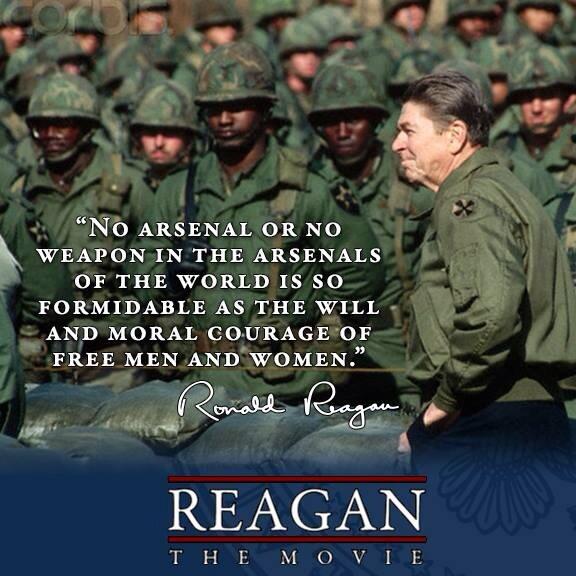 Posted by James Butler at 9:56 PM No comments:

Last Time, This Is What Happened...

Posted by James Butler at 6:48 PM No comments:

Please email any tips, notices, opinions or comments to wbhickok at yahoo dot com. Thanks...